While within Indonesia, Abdurrahman “Gus Dur” Wahid may be ridiculed by both his opponents and former trusted friends and aides, internationally he is still highly respected. At an international conference on religious issues held a few months ago in Melbourne, Australia, the former Indonesian president and former chairman of the country’s largest Muslim organization, Nahdlatul Ulama (NU), received a glowing reception.

Many participants and speakers from notable universities around the world praised Wahid as the ideal model of a traditional religious leader supporting the spirit of tolerance and peace.

Prof. Abdullah Saeed (The University of Melbourne) supported this, saying Wahid played a key role in contextualising the universal spirit of the Koran. Dr. Natalie Mobini Kesheh (Australian Baha’i Community) said the only Islamic leader in the world who continued to support the Baha’i community was Wahid.

Prof. James Haire (Charles Stuart University, New South Wales) congratulated the country’s fourth president for his role in protecting minority groups. Larry Marshall (Center for Dialogue, La Trobe University, Melbourne) described Wahid as an enlightened thinker with deep and insightful comments. Marshall previously did not believe Indonesia could produce an activist-thinker like Wahid in less than one hundred years. Wahid is no stranger to accolades from international academic circles. He has received awards in the past from international institutions for his human rights campaigning.

Wahid is facing a difficult phase of his life back home in Indonesia. After being eliminated from a key position in Nahdlatul Ulama (NU) and usurped by his former loyalist, Hasyim Muzadi, Wahid was ousted from the National Awakening Party (PKB), which he established shortly after the fall of Soeharto in 1998, by his nephew Muhaimin Iskandar.

His ideological enemies are almost competing to humiliate the virtually blind Muslim scholar. On one television talk show, Rizieq Shihab (leader of the Islamic Defender Front) ridiculed Wahid, saying he was “blind in eyes, blind in heart.”

The challenges did not solely come from his ideological and political enemies. Madina, a moderate Islamic magazine, did not list Wahid in the list of 25 peaceful Indonesian Muslim leaders. Even within the Indonesian moderate Islamic community, Wahid is often forgotten.

But the admiration shown for Wahid in Melbourne offers a ray of hope. Many worldwide believe Wahid can promote peace in the Islamic world, particularly Indonesia. Through his tireless activities and commitment to protecting minorities he has demonstrated the true spirit of Islam which honors pluralism. The position of Wahid as a politician and human rights activist is unique.

While most politicians remained silent when Ahamadiyah was attacked in several parts of the country, Wahid bravely defended their rights. Wahid said the followers of Ahmadiyah had the same rights as everybody else living in Indonesia and that the Constitution guarantees their safety.

What Wahid said in a press interview should remain a message of his good will for democracy, freedom and human rights for years to come: “As long as I live, I must defend the members of Ahmadiyah’s right to live, based on the Constitution.”

Maybe at this time, in this part of the world, Wahid is not supposed to flourish. His ideologies and actions are far beyond the narrowness of this time. Only the developed and enlightened societies can appreciate his struggle. 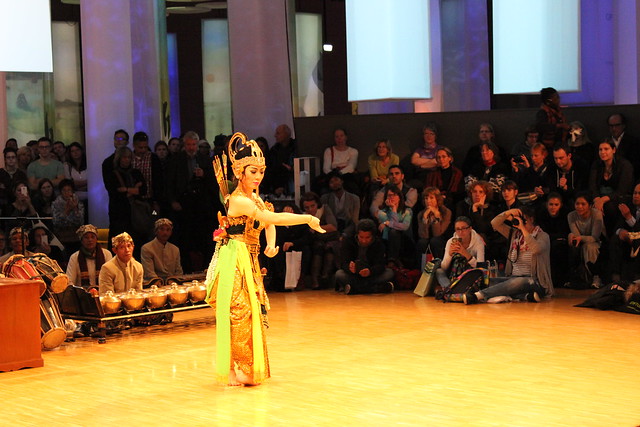